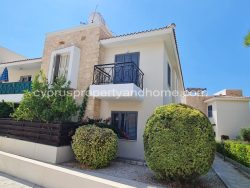 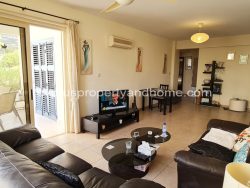 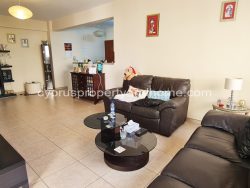 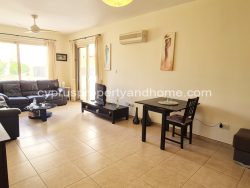 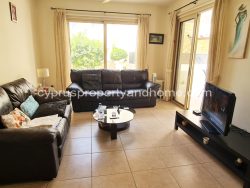 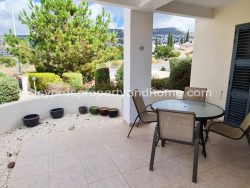 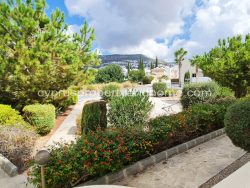 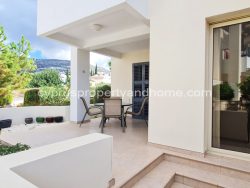 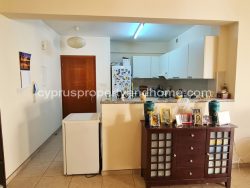 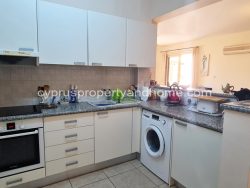 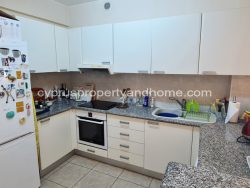 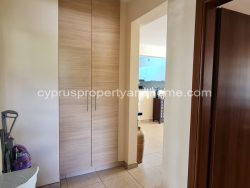 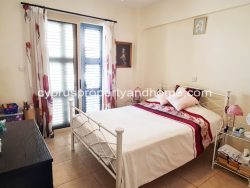 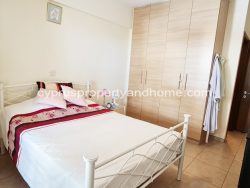 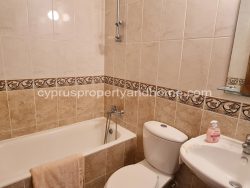 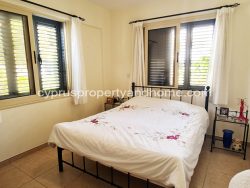 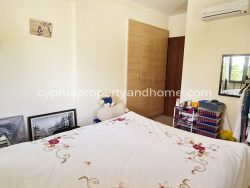 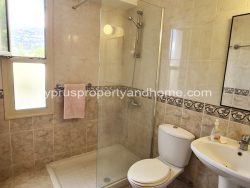 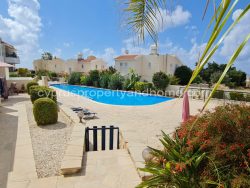 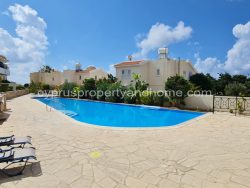 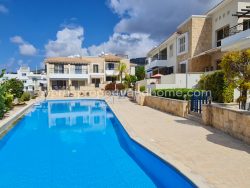 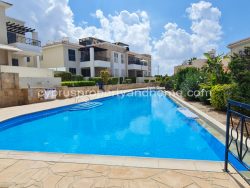 A delightful 2 bedroom, 2 bathroom apartment located on a well maintained complex in Peyia, close to shops, supermarkets and a short drive to the sandy beaches of Coral Bay.

This is a good size property consisting of an open plan lounge and dining area, the kitchen has fitted white goods and ample storage space. Each bedroom has fitted wardrobes, air-conditioning and ceiling fans, the master benefitting from an ensuite bathroom and patio doors that lead to the veranda. The second bedroom also has an ensuite shower room and views of the nearby hills. The living room opens up with two sets of patio doors accessing both a covered and open veranda with a few steps down to the wonderful swimming pool and sunbathing area.

This spacious apartment comes with flyscreens and window shutters and an allocated undercover parking space.

Peyia (Pegeia) is a town in the Paphos District of Cyprus. It is situated mainly on the slopes of the coastal hills inland from Coral Bay, at the southern end of the Akamas Peninsula, and it lies 14 km northwest of Paphos.

This popular village is one of the largest in the Paphos region and has a mix of local, as well as a large expatriate community. There is a village square, an array of shops, tavernas and bars as well as a bank, hairdressers, fresh bakery, pharmacies and a medical centre. Being elevated many parts of the village offer beautiful views of the sea and coastline.

Coral Bay is a short drive away, an extremely popular tourist resort with its award winning Blue Flag sandy beaches and water sports facilities. The sands are deep golden, and the clean seawaters here are calm and shallow, making it a popular choice for families with children.Facilities on the beach include toilets, showers, changing rooms, sun beds, umbrellas and water sports. The beach also offers disabled access.

Coral Bay itself has an abundance of tavernas, fine dining restaurants, bars, supermarkets and amenities.

Paphos is a thriving coastal city in the Southwest of Cyprus and an extremely popular tourist destination. It is included on the Unesco World Heritage List for its ancient architecture and mosaics and was the European Capital of Culture in 2017. Investment into the old town and surrounding areas has meant that it is now very much a cosmopolitan area with an eclectic mix of beautiful traditionally restored buildings and tavernas alongside an abundance of bars and restaurants with a more modern vibe.

There are many cultural sights to visit during the day as well as trips to places like the beautiful Akamas National Park and the pine clad forests, nature trails and traditional villages of the Troodos mountains. There are various wineries scattered across the region offering a great day out including traditional meze to accompany your wine tasting experience. There are several beautiful Blue Flag sandy beaches as well as plenty of water sports and activities like quad biking and buggies on offer.

There is a regular bus service servicing the harbour, the old town (Pano Paphos) and Coral Bay.